Oppo A series is the budget smartphone range, that compensates for all types of users whether you are an economical buyer or a student. The A series by Oppo signifies its strength by introducing phones that are low in budget but comprise diverse specs and features. Going for Oppo A series phone can comply with several reasons but the foremost one remains to be its budget-friendly price.

With time, and tech advancement, Oppo smartphones are expanding into much more versatile devices. And every year we get to see the new and extraordinary series produced by Oppo. Oppo A series is the latest in the tech mobile game, having seemingly impressed the users already.

If you were not yet familiar about Oppo A series phones, there are couple of reasons you should think about buying these smartphones. 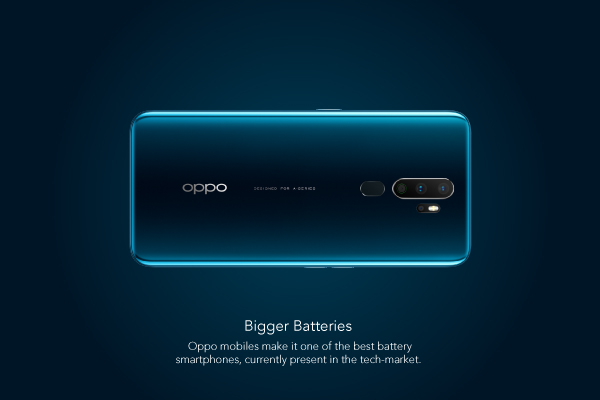 Oppo A series make sure to incorporate larger battery lives into its smartphones. The bigger battery factor of these Oppo mobiles make it one of the best battery smartphones, currently present in the tech-market. From as massive as 5000 mAH, to never going under 4000 mAH, the Oppo A series gets its phones the longest lasting battery lives ever. Mostly, your phone’s battery will still be 50% after an all-day long usage. If you use it even lesser, the percentage could still be left with 60% and you can continue using it at the nighttime. 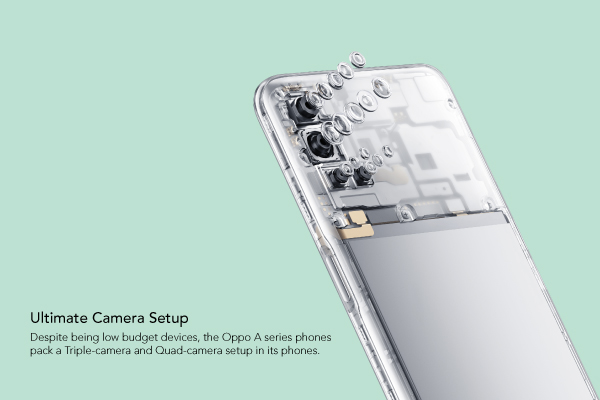 Despite being low budget devices, the Oppo A series phones pack a Triple-camera and Quad-camera setup in its phones. Oppo has not left the quality factor in its A series camera behind, so you will be enabled with 48 MP sensor as the primary lens.

The most highest-ranking A series mobile phones feature Quad-camera setup with an ultra-wide angle, tele photo and the main focused lens. There are also the 2MP depth sensor cameras attached in these phones, so one can take black and white shots. The photo blur and portrait mode are kept accurate with sharper detailing and less exaggeration. You will also find ultra-wide extensive angles, which will allow capturing far-fetched photos without any pause.

If you are not yet fascinated with ultra HD Resolution displays, you could have missed the real fun. The Oppo A series mobile phones come with perfect Resolution display and not any lesser than 60 Hz displays. The refresh rates considering the price point are good enough for average users. But, some of the A series phones might consist of 90Hz Neo-display as well, making them an excellent display quality phone.

The processors that are usually focused in the Oppo A series smartphones are based on QualComm SnapDragon processors. This processor have some pretty solid mid-range processor varieties to run through several tasks quickly. The SD QualComm mid-range processing power allows multitasking to a decent scope and you can play medium intensity apps without a lag.

The price factor is the vital reason that one can consider buying the Oppo A series phones in lesser prices and more features, without a doubt. The phones primarily start only with 100 pounds and can go up to 200 pounds, even for its maximum efficiency. If you are a student or a youngster looking forward buying a stylish, potent, and nice-camera smartphone, the Oppo A series come as a prominent choice.

The Oppo A53 impresses with its classic performance and a gigantic battery life that will let you last longer than a day. This Oppo phone is not easily forgettable with its stylish appearance and 90 Hz display that brings the best quality. Of course, the AI-based selfie camera is a runner for photo lovers and could excite them more often with loads of selfie modes in this mobile

The Oppo A9 rocks the mid-range SnapDragon 665 processor that turns out to be more than enough for mediocre users. The A9 also comes with extravagant battery for 24–hour incessant use, whether you are a rigorous mobile user. The camera setup also integrates the ultra-wide camera, for far-fetched photos and videos.

Oppo A72 features a 48MP camera that is used as a primary camera in the Quad-camera setup, for sharp and crisp photos. The 3D curve design appeals common users with its sturdy yet gorgeous design, providing better hands-on experience. The phone also has an Ultra-HD Resolution display, in case you are fond of immersive visuals and better screen quality. The massive battery pack is one-in-all factor to get this phone in your hands with 5000 mAH power.

Oppo has a lot of fans but finding a perfect series phone still takes a bit of a muscle to research and dig on. The Oppo A series is dedicatedly an ultimate choice for budget buyers, which allows getting it in low price with adequate features. If you have your eyes laid on one of the Oppo A series phones, you can get it at exclusive discounts at Oppo UK Store.