Among Us Guide To Be A Successful Crewmate

Whether you can agree with it or not, this game is annoyingly fun. Not only it brings you exciting secretive gameplay, but it brings you closer to an exciting feature and that is lobby chat. Anyways, you’ve probably have played this game and may have suffered the utter shame of being ejected while not being an imposter. Well, the frustration can be understood, and this guide will try to illustrate how can you gain the trust of your fellow crewmate. Here’s what you need to do:

Before you even go on finishing any task, you need to make sure to understand how to do it. Many people have faced trouble while attempting the calibrate distributor task. That is why get a hands-on experience on every task.

While attempting on the tasks, know what’s around you. The imposter will surely pose as if they’re completing the task or will find the opportunity to kill you when you’re busy.

Well, it’s not going to happen but stay in 3s. The imposter will not take any chance of killing you if someone else is there. But in case you feel that someone is near you, you know what to do.

Know Where and What Were You Doing

An emergency meeting is called, and the blame game is hot. You need to prove that you weren’t doing anything suspicious. One way of doing it is to tell what you were doing. Even though the imposter would tell the same, but you can add an alibi in your support. Unless that alibi is the imposter himself, then you’re done for.

Start attempting tasks instead of roaming around. It’ll probably get suspicious when you bump into players constantly as if you’re seeking a chance to kill them. When finding a body, report it and let them know. The imposter would do that too, which is why you should know when the last time was you saw the dead guy and who was near him.

Finding Someone Suspicious? Call It In

An emergency meeting can be called even if you’re imposter; so why not call it when you see something fishy. However, calling it in would need an explanation and a solid one. You can see someone jumping in or out of the vent or even killing someone. 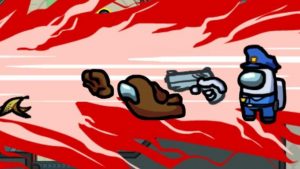 Getting caught by the imposter means you’re the next target. So, don’t just stand there waiting for something to happen because the imposter won’t let you get away so easily.

Yes, you read it right. There are times when an emergency meeting is called out of nowhere and the imposter tries to push out another player out of the play. This is mostly done when a player catches or suspects the player. However, if you’re unsure, then instead of voting the wrong player, skip the vote. Not only it can result in a tie, but the voting process can also be skipped due to maximum votes skipped. Thus, you get another chance of finding the imposter.

Match Up With Others

Even if you’re confused whether or not a player is an imposter, you can easily coordinate with others. No matter how professional the imposter may be, they may exhibit something different from a crew member, which one can tell. Keeping this in mind, others would also tell whether someone looked suspicious or not.

Let’s Not Be Too Sure

Well, there can be sometimes when you think that a player is an imposter but in reality, they’re just bad at being a crewmate. That is why make sure to get a clear idea of who to blame and on what basis.

Well considering the fact that the game actually revolves around blaming, you can expect this to end annoyingly. But keeping these in mind would surely help you not get ejected early.

Check out superb laptop deals at fivetech.co.uk and play the game seamlessly.

Does Oppo A15 Have Gorilla Glass?

Can I install Chrome OS on my Windows...

How To Find Out If My Laptop...

Lina Carry Dota 2 Tips You Should...